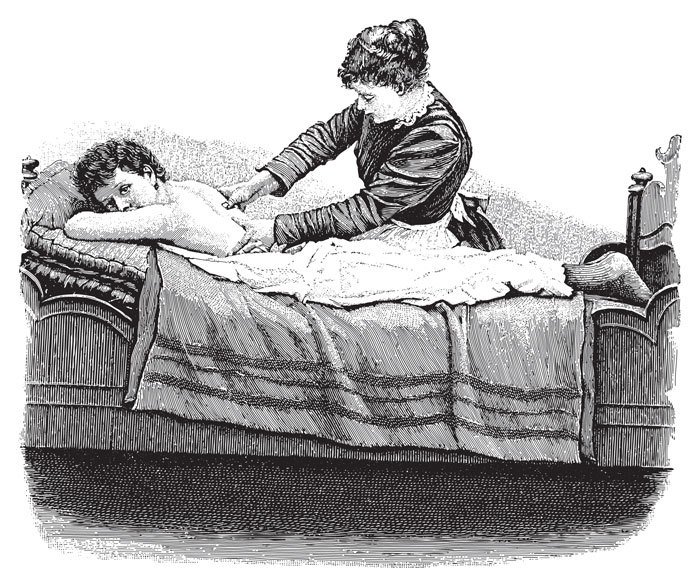 Did you know that according to a 2015 AMTA survey, only 18% of adult Americans received at least one massage between 2014- 2015? And did you know that only 27% of adult Americans received a massage in the previous five years? Those shockingly low statistics might make you think that massage is a new therapy here in America, but it actually has a long and interesting history in our country.

Why Care About the History of Massage in America?

While massage has been around for eons, a man named Pehr Henrik Ling is responsible for developing the holistic and therapeutic method of massage?in?1804. Ling, who is known as the father of physical education, pioneered medical gymnastics,?or the Swedish movement cure, in his native Sweden. Ling saw the benefits of combining calisthenic exercises and soft tissue manipulation to restore balance to the body, mind, and spirit. After his death, Ling’s followers brought this?system of manual therapy to America. It should come as no surprise, then, why?massage therapy is philosophically focused on restoring harmony to the entire?body.

Massage Therapists Once Worked Alongside Doctors

As early at the 18th century, massage therapists were known as “rubbers” and they assisted doctors and surgeons by rehabilitating patients after a procedure. These medical rubbers were typically uneducated women who nonetheless had a healing touch when it came to orthopedic issues. They used manual rubbing, friction, and joint movements to help patients heal and get back on their feet. Similar to today, rubbers often competed with doctors for clientele. Plus the profession gave women the opportunity to make a living outside the home. With the advent of the Swedish movement cure in the 19th century, however, better trained and more educated masseuses and masseurs eventually replaced them.

In the late 19th century, many wealthy women suffered from a condition called neurasthenia, which is a form of melancholy. Symptoms of neurasthenia included fatigue, depression, anxiety, high blood pressure, and headache – sound familiar? Doctors used to prescribe the “Rest Cure” to these women – a treatment that required women to spend six to eight weeks in isolation and on bed rest. Doctors used what we now call full body massage?to maintain their muscle tone and improve their moods during this Rest Cure period. Even though the Rest Cure was eventually rejected, its popularity allowed massage therapy to become more popular than ever before.

Massage Therapy in the Modern Era

From the 1930s-1950s, massage therapy underwent a number of changes. Practitioners evolved and standardized massage therapy techniques. With its founding in 1943, the American Massage Therapy Association established ethical and educational standards. By the 1960s, terms like “masseuse”, “masseur” and “massage parlor” fell out of favor and were replaced with the terms “massage therapy” and “massage therapist”. From the 1970s to now, massage therapy has only continued to evolve and grow, incorporating diverse modalities from across the globe in an effort to promote the total wellness of the body.

Have anything to add? Let me know in the comments below what fascinates you the most about the history of massage therapy in America!

How Long of a Massage Should You Get?

This is one of the most common questions I get from new massage clients. There…