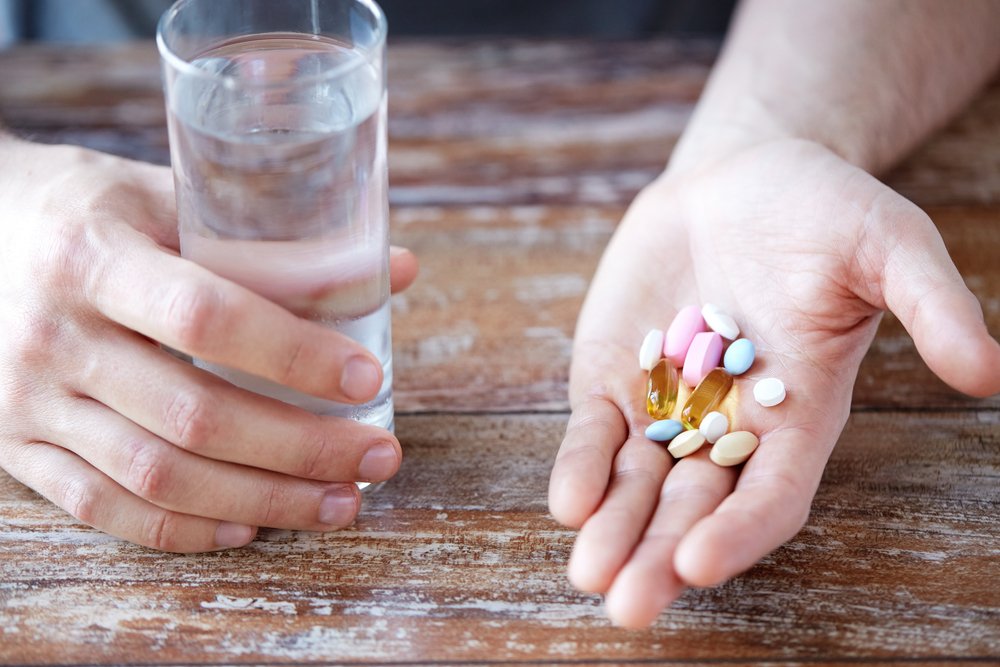 If you?re like most Americans, chances are taking vitamin supplements has been a way of life since you were young. Who doesn?t remember taking those cute little Flintstone gummies as a child or insisting that your children take them, too? It?s reported that 50% of Americans take vitamin supplements thinking that more vitamins will make you healthier. This is such a common notion that we spent $21 million on supplements in 2015, accounting for 5 percent of all grocery sales in the US. But are vitamin supplements actually good for your health? Scientists have been disproving vitamin supplements for decades now, and yet the general public continues to spend millions of dollars on products that may in truth be hurting rather than helping us. Whether you currently take vitamins or you?re considering jumping on the supplement train, let?s lay out a few facts about America?s favorite health product.

1. Taking vitamins was popularized by a famous scientist obsessed with Vitamin C.

Linus Pauling was perhaps the most famous scientist of the 20th century and is considered one of the greatest scientists who ever lived. He revolutionized the field of chemistry with his work on the nature of the chemical bond, developed the study of molecular biology, and helped determine the structure of DNA. Never heard of him? Despite his many Noble Prize-winning, earth-shattering accomplishments, Pauling is generally remembered for one thing: his obsession with and promotion of Vitamin C as a cure-all for all of the body?s ailments.

In the 70?s, Pauling claimed that taking megadoses of Vitamin C could not only prevent the common cold, but also cure cancer among many other diseases. Pauling?s reputation allowed the idea to spread like wildfire, despite at least 15 studies definitively proving that Vitamin C can do no such thing. But once pharmaceutical companies caught on to ?the Linus Pauling effect?, there was no turning back?the idea was so popular that it lingers to this day.

2. A high intake of vitamin supplements may actually increase your risk for cancer.

Your body needs vitamins?there?s no mistaking that. However, vitamins, which are a collection of organic substances that help your body function, are only needed in minute quantities. That is, you?re probably already ingesting the necessary amount of vitamins in the food eat (more on that later). Using a vitamin supplement can overdo it and give you the opposite effect.

For example, a 2005 study of more than 9,000 people who took high-dose vitamin E to prevent cancer were more likely to develop heart failure than those who didn?t take Vitamin E. In 2007, scientists found that women who took multivitamin supplements (vitamin C, E, beta-carotene, selenium, and zinc) increased their risk of developing skin cancer.

These studies go on and on. But why? You?d think that adding more of a good thing would make you healthier, right? Unfortunately, the verdict is still out as to why this is. But researchers worldwide agree almost unanimously: unless you have a vitamin deficiency, you?re probably wasting your money buying vitamin supplements.

3. You can get the vitamins you need in a healthy diet.

As I mentioned before, you can get the right amount of vitamins in the food you eat. If you?re a healthy individual with a balanced diet, you?re most likely getting the nutrients you need?and then some. Drinking more tea or adding fruits, veggies and whole grains are especially healthful, so consider adding more of those to your diet instead of spending money on pills. It?s always funny to me when people complain about how ?expensive? organic food is, but have no problem shelling out an extra $20 for a bottle of vitamins. Supplements are never an excuse for a good diet! Focus more on fueling your body with quality, nutritious food?not on iffy vitamin supplements?and you?ll see a vast improvement in your overall health.